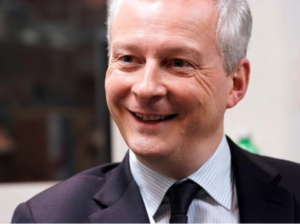 It doesn´t go as fast as we´d like, but Germany and France will finally take measures to change the European tax laws that make it such a paradise for Google. Apple, Facebook and the like.

And it´s about time. It is not only unfair competition for digital entrepreneurs, but we are missing millions of tax revenue which Europe can really use.
The Netherlands is of course first in line to do everything better than the rest. The tech lobby is however very powerful and rich and the banks, whom we helped survive the economic crisis with our tax money, as well as the army of  management consultants, won´t want to give up this chicken with golden eggs easily. But, it´s a start.

Read the link to this reuters. com article about how Germany and France want to work on this…..